These workshops provide an in depth study of each of the EFT steps. Each day will contain instruction and group supervision of EFT work according to the guidelines set out by the Centre for Excellence in EFT (in Ottawa). When you sign up for the course you are committing your intention to complete all training modules.

There will be opportunity for participants to get feedback on videos of their own work with clients. Bringing your own video to view is necessary to meet the Advanced Externship requirement of certification.

The only outstanding requirement for Certification after attending Core Skills Training is eight hours of individual supervision. The application process is described here. The decision regarding readiness for certification is determined by the EFT Centre in Ottawa. 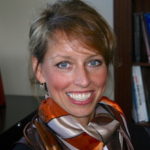 Dr. Leanne Campbell is a registered Psychologist, ICEEFT Certified EFT Therapist, Supervisor, and Trainer. She is co-founder and co-director of the Vancouver Island Centre for EFT, and Campbell & Fairweather Psychology Group in Nanaimo, B.C.  From 1994-2004, Leanne worked as a Professor of Psychology at Vancouver Island University, and remains an affiliate of that institution.  Prior to that, she was trained by Dr. Sue Johnson in the early 1990s, and was involved as a therapist in the early EFT studies aimed at establishing what is now the well-known efficacy of EFT.  In her clinical practice currently, in addition to providing couple therapy, Leanne maintains an EFT/attachment focus in providing individual psychotherapy, primarily in the areas of grief and trauma, and conducting psychological assessments for a variety of populations (e.g., injured workers, veterans, first responders, motor vehicle collision survivors). She offers training and clinical supervision in EFT (and grief and trauma). 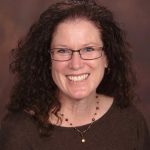 Dr. Kathryn Rheem, Director of the Washington Baltimore Center for Emotionally Focused Therapy (WBCEFT) for the last seven years, has trained hundreds of mental health clinicians in EFT nationally and internationally. She has been a student of EFT since 2002, has been using this empirically-validated approach exclusively in private practice since 2005, and continues to study and learn the model daily. Along with her mentor Dr. Sue Johnson, the originator of EFT, Kathryn’s best teachers of this humanistic, attachment-based model are the couples she works with weekly in private practice. Together, Sue & Kathryn created Strong Bonds, Strong Couples, LLC, which provided EFT-based weekend retreats for Soldiers & Marines coming home from the wars Iraq and Afghanistan and their partners at military installations in the U.S. and abroad. Kathryn has trained U.S. Army Chaplains & European Regional Medical Command in EFT and consults monthly with the U.S. Veterans Administration. Kathryn trains and presents EFT regularly at many locations in U.S. including the Psychotherapy Networker Symposium, AAMFT Annual Conference, state divisions of AAMFT, and EFT Summit and has taught EFT in Denmark, Sweden, Holland, and Germany. Kathryn was voted a Top Couples Therapist in Washington, D.C. by the Washingtonian magazine in December 2012. A clinical fellow and approved Supervisor of AAMFT, she has written nine articles/chapters on the application of EFT. 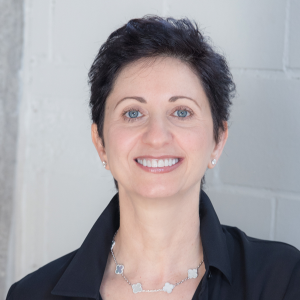 For more than a decade, Liliane Nahas has been helping clients understand themselves and their relationships. She is a certified EFT therapist and supervisor, the director of the Houston Community for EFT (HCEFT). She is also an LPC & LMFT supervisor in the state of Texas.

Her practice in Houston is devoted to couples, individuals, and also to other therapists for EFT supervision. She consults with therapists, both in person or distance via a phone or meeting rooms in the US and outside the US. She also provides regular introductory workshops in EFT for therapists and assists at EFT trainings for therapists.

Lodging and food not included. A minimum of 12 participants is required for the training to proceed. Payment can be made online or by mail.

Participants are required to have completed an EFT Externship and be willing to present their own work through videotape presentation*.

You will do one case presentation displaying your work with a couple for consultation and feedback about working in the EFT model. The date of your presentation will be assigned. The overall presentation is approximately 30 minutes, 10 minutes of case overview and up to 20 minutes of video review.

This course is limited to a maximum of 16 attendees. Attendance based on first-come basis. Registration and payment must be complete to be enrolled.