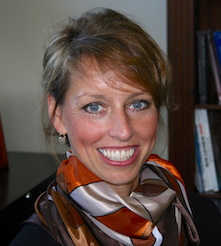 I am now en route home from Poland and looking forward to upcoming trainings, including the next externship in Houston Texas in February 2018, and to continuing to work with Liliane Nahas, officially en route now to becoming an ICEEFT Certified Trainer!  In addition to sharing some of the highlights of my most recent trip to Europe, I wanted to also express my appreciation for your support of my work to date, and continued inspiration, in the area of trauma in particular, as well as, of course, couple and family therapy.

With respect to the European agenda this year, I began with four days of training in Slovenia (Core Skills 3 & 4), followed by a two-day workshop in trauma (open to a diverse group of medical, educational, and counseling professionals and attended by individuals from various parts of Europe including, for example, Slovenia, Croatia, Hungary, and Sweden).  I then provided a two-day Introduction to EFT workshop in Poland in early June.

After four days of Core Skills in Slovenia, with a wonderful and familiar group of talented clinicians, we moved into the two-day trauma workshop.  The experience was rich, with an audience of about 130 people, in a beautiful marble auditorium with fantastic IT support, as well as simultaneous translation.

Most memorable was the live consultation on the second morning with a young man (in his early thirties) who had a history of complex trauma, including physical and sexual abuse in childhood and adolescence, as well as a childhood history of abandonment (involving the loss of his father when he was a very young boy).

Troubled by a series of unsatisfactory and truncated relationships, this young man had presented to Albert (the organizer and therapist who has brought me to Slovenia for the past about four years) the week previously.  He had one session, and had now agreed to a live consultation in the hopes of better understanding and managing interpersonal relationships, and particularly now that he was the father of a young son (toddler age).

He began by presenting me with a gift, along with a two-page handwritten letter.  A translator by profession, his English was excellent, and he beautifully wrote of his hopes for the consultation, and his appreciation of the opportunity.  His gift included a box of candles, tea, a red rose, and a stone – representative of his journey to date, and of the journey to come, and reminiscent of the well-known book, The Little Prince.

We proceeded with the session.  He was initially skeptical, I believe, though hopeful, and somewhat guarded.  The audience also was reportedly skeptical I later discovered (at dinner at the castle later that evening when one of the bilingual organizers informed me of the rumblings) given the complexity of his issues and initial presentation.  I let him speak, for quite some time, before intervening significantly.

Finally, when he presented with a poignant scene of being in Italy, shopping with his mother, and being fascinated by the ship that had somehow been constructed and then fit into an old bottle, and then being told that he was an embarrassment and harshly scorned for his behavior, I encouraged him to stay present in the scene, and to connect with his feelings (and with the voice he could not possibly have given space for in those earlier years).  He sobbed, and spoke of the sense of loss he felt, not only with respect to that moment, but with regard to the many times he reached to his mother and she was not there.

As he felt my presence along with him, something unfamiliar, and an experience he normally does not accept, he began to question it, and the veracity of what he had experienced.  As we slowly began to process this together, he declared, “This is what I do in relationships.”  In other terms, when someone shows kindness to him, or when he takes the risk of revealing more vulnerable aspects of himself, he gets scared and retreats, and/or uses his intellect and harsh tone to again protect himself – from the possibility of being hurt, but also from the possibility of authentic connection and caring from another.

The hope he had come into the session with had been realized, and with further processing he gained additional understanding of himself, as well as himself in relationships, and of the roadmap for recovery and healthier relationships.  His eyes sparkled as he entertained my suggestion of again visiting such a store with his own son, and relishing in the wonder of a ship inside a bottle.

When I returned to the auditorium, and then later shared the feedback from the audience with him, he was deeply touched, and managed to somehow take it in.  He seemed to understand the importance of beginning to open up to such possibilities (accessibility and responsiveness from another), and the associated possibility of further healing from all the trauma he had experienced, as well as the possibility of risking and thereby realizing additional potential for relationships.  He saw Albert again later that week, and spoke of the transformation that had occurred in that live session, and of his commitment to further growth and resolve.  He also reportedly wrote another letter, this time regarding his experience of the live (which I have not yet received).

The journey to Poland was similarly moving, and transformative.

A group of about 55 experienced clinicians from around the country had gathered to hear more about EFT and the wonders of this approach in the areas of trauma processing and connection.  We met in Warsaw, a city with a traumatic history, characterized by war and destruction, and by resilience — after only about 75 years following destruction of the city to almost nothing (85% of the city was destroyed), it is now beautiful and vibrant.

The sky scape, filled with reminders of communism, Russian rule, and the Jewish synagogue, as well as modern images including skyscrapers with black tinted windows, the city itself appears a poignant reminder of the scars of trauma, and the power of connection in moving forward.  After some initial difficulties with the technical aspects of the presentation, we proceeded to speak about the power of EFT, and about the continued possibility of moving forward from the past, and embracing the future.

At the end of the first day I invited the group to take some of this home to their families, and informed them of a beautiful account that had been given to me regarding a member of the trauma training audience in Slovenia.  As an educator and someone relatively unfamiliar to therapy more generally, and EFT in particular, a participant had accepted my invitation and went home to her partner at the end of day one and instead of her typical reach that generally resulted in a brief response, she asked, “How did it feel when …?”  The couple reportedly spoke until 2 am and she arrived to the second day of the trauma training with a renewed sense of hope, and with inspiration to take more of what she was learning to her home, school, and community.

Though language was a barrier in Poland (with only three English-speaking individuals in the audience), it was clear that the group had been touched by the power of EFT, by this and other accounts/examples, and by the videos I showed.  During our dinners over authentic and delicious Polish cuisine, organizers and participants spoke of their enthusiasm and thirst for more, and of their hope that EFT could truly assist in the healing of their nation, and begin to assist their citizens in breaking the silence that they believe has protected them from additional hurt and pain, but also prevented them from healing the scars of trauma that remain ever present in the sky scape, and that have been transmitted from one generation to another.

Now further along in my journey back to Canada (just over Greenland), I am again reminded of the safe haven I have in my growing EFT family, and of the power of connection in allowing us all to reach toward our potentials and our personal and professional dreams.  Thank you, Sue (Johnson), for this roadmap from disconnection to connection that has now helped so many around the globe, and thank you Liliane, and the many other colleagues I have met over the years, as well as my clients, for the many ways you inspire me, and enrich my professional life.  I look forward to continued work together.

With Warmth and Appreciation,
Leanne 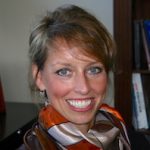 Dr. Leanne Campbell is a registered Psychologist, ICEEFT Certified EFT Therapist, Supervisor, and Trainer. She is co-founder and co-director of the Vancouver Island Centre for EFT, and Campbell & Fairweather Psychology Group in Nanaimo, B.C. From 1994-2004, Leanne worked as a Professor of Psychology at Vancouver Island University, and remains an affiliate of that institution. Prior to that, she was trained by Dr. Sue Johnson in the early 1990s, and was involved as a therapist in the early EFT studies aimed at establishing what is now the well-known efficacy of EFT. In her clinical practice currently, in addition to providing couple therapy, Leanne maintains an EFT/attachment focus in providing individual psychotherapy, primarily in the areas of grief and trauma, and conducting psychological assessments for a variety of populations (e.g., injured workers, veterans, first responders, motor vehicle collision survivors). She offers training and clinical supervision in EFT (and grief and trauma).